"My association with winegrowing starts with family history. I am not originally from Saint-Saturnin, but Montpellier. You meet people during your life and I met my husband, who came from Arboras. He had vines in Arboras and Saint-Saturnin, so we came to live in Saint Saturnin. It was my husband who was the winegrower for many years. Then he died and it was then that I decided to take over the vineyards and took on an employee. That was when I became a winegrower. That’s not to say that I didn’t like the work before, in fact quite the opposite, as I had always been curious to learn about it and to take part in various jobs including driving a tractor, which was certainly not the case for all the wives of winegrowers. That’s what allowed me to continue. When I first came to the property, I still had my job in administration in Montpellier. I would help out when I could, for example at weekends. I tried various tasks that didn’t suit me, such as pruning, but whenever there were physical jobs to be done, I helped. At the time, we had 25 hectares and we harvested by hand. Every year, I took a month’s unpaid leave to do the harvest so I was completely involved in the result of a year’s work: that’s when you realize how important the harvest is!

My father came from a winegrowing background, though it wasn’t him that had the vines, but his parents. Quite by chance I ended up 3km away from the village he came from – Montpeyroux. I was already used to winegrowing as my father had a patch of vines in the garden and we picked the grapes every year. I was familiar with the vines, the buckets, the secateurs… Someone would come and collect our little harvest. That’s what gave me a taste for winegrowing. So when I got married and came into this environment I really appreciated it and felt that it taught me a lot on a personal level. Being close to the essential elements of nature brings you balance.

For me, it all comes down to the human element. I didn’t really know the first people who created the cooperative but I am grateful to them. It’s about handing down human values. For me, these people were pioneers. They not only had the idea to create the cooperative, but the desire to regroup the villages around it, even if there were turf wars. And yet they managed to create a cooperative for Saint-Guiraud, Arboras, Jonquières and Saint-Saturnin, it’s amazing. Then they thought about a bottling chain, and then personalizing the bottles with a coat of arms. Each time they created history”. 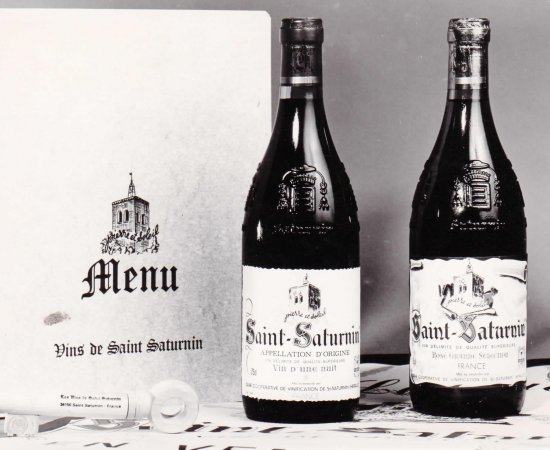