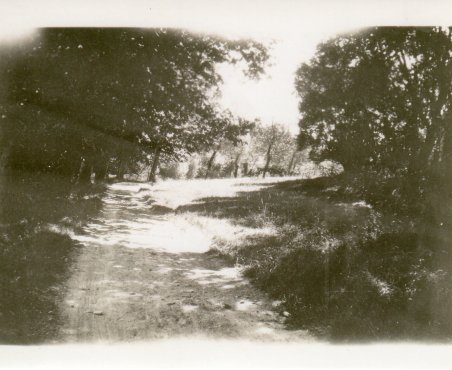 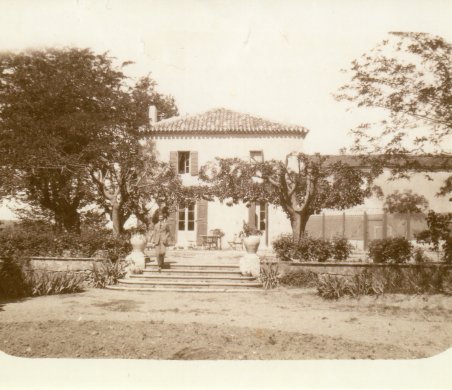 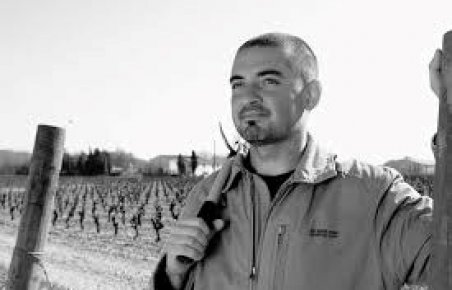 « It came about around 14 years ago in 2003. The property was not handed down from father to son or daughter; we bought it from the Viscount and Viscountess De Champfleur. It was already a wine estate, but the grapes were taken to the cooperative.

The estate was created about 230 years ago in 1781 and has seen four generations of owners. The De Champfleur family were not the original owners, they bought it about 90 years ago. Mr. De Champfleur had always known the estate. Before them, there was Mr. Dupontel, who was a hydro engineer. He deviated the river Dourbie, after which the estate is named, and which cut it in half. He dug a huge trench 20m deep and 20m wide so that the water could flow directly into the Hérault river without dividing the property. It represented a huge amount of work at the time, as everything was done with a shovel and a pick. It was an important part of the estate’s history, since it meant the plots could now be grouped as one lot.

…. So he thought about coming back here once he was retired. He visited the estate when it came up for sale and fell in love with its vines, buildings, park and centuries-old trees, its access to the Hérault river and the fact that it was near Le Pouget, his native village. But his career wasn’t yet over, so he wondered who could take it on. His youngest son was busy in Paris and I was in New York in the States.

But the good thing was that I had already been there for four years and was beginning to think it was time I should come back, as I was feeling nostalgic. He called me and said “listen, I’ve found a wine estate and want to buy it, but your brother doesn’t have time to take it on, nor does he want to”. So I said “OK, I’ll come back and do it”. That’s what happened in 2003. I arrived in April and had to restore the cellar, which was very important, given that we would be harvesting at the end of August. While there were already tanks, they were in poor condition. All the pipework needed re doing, the doors were cast iron and needed to be replaced with stainless steel, the insides needed to be coated with resin, we needed new stainless steel tanks, had to re do the floor as there were no gutters and it was pretty much beaten earth, install a system to recover the waste water, install a cooling system, buy a press etc. We only had 4 months to do all that, it was a bit of a race against the clock! We received the stainless steel tanks 3 days before the start of harvest. Even worse, there was the heat wave in 2003, so harvest was early and started about the 15th August.  Then we had to select a range of wines and learn how to make wine. I hadn’t had time to go to school to learn as there had been so much work to do on the estate, so I learnt with an oenologist, like many others had both in the vineyard and in the cellar. The oenologist accompanied us for a few years and was keen on making natural wine, so very quickly we wanted to make organic wine. We started the process towards becoming organic in 2009 and were certified in 2012. We restored the gardens as they once had been. We created a large lawn, where sheep would once have grazed. We created a pond in a flood zone, a vegetable garden, an orchard one or two olive groves and a French-style garden etc”.