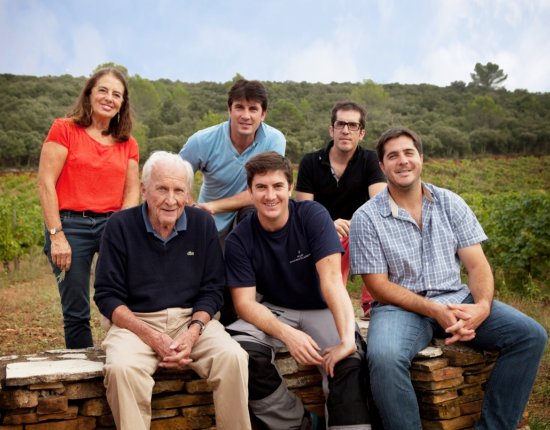 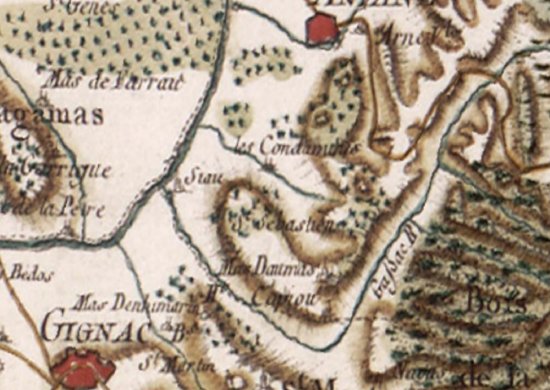 « The funny thing about this story is that Mas Daumas Gassac is an estate born out of happy circumstance rather than a well-defined economic project. It was in the 1970’s. My father, Aimé Guibert and my mother, Véronique Guibert had just met, fallen in love and were looking for somewhere to start a family. At the time, my father worked in Millau, he was from the Aveyron, and he managed a family business that made gloves, and had over 500 employees. My mother lived in Montpellier and was an ethnologist specializing in Gaelic culture. During one of their walks, they came across this old stone house (a mas) above Aniane that belonged to the Daumas family and had been abandoned. They very quickly found out that they could buy it from the Daumas sisters, who had retired to the village. It all started from there. Around the estate there was a bit of land, a few vines, but it wasn’t in itself a wine estate. There was a wine cellar and a tank made out of pottery from Saint-Jean-de-Fos for everyday consumption, but that is as far as it went.

In the past there had been sheep, wheat fields, mulberry trees for silk worms, olive trees and they did wood cutting which was profitable. There were coalmen all over the forest, which maintained it, since cutting the oak helped it regenerate. With the house came a ruined mill, where we are now. It was a flourmill, run by water. There was a room that housed the millstones. The house is separated from the mill by a river, called the Gassac, which emerges right where the mill is (that’s why it was built there). It provides water almost all year-round.

So it’s a place my parents fell in love with right from the start, since it has elements of natural beauty, it’s wild, it’s peaceful and it is not far from Montpellier. They wondered what they could do with the estate and the land, especially as my father had this dream of becoming an agricultural worker. It was something he loved, despite the fact that in that industrial era he worked in the leather industry with business in New York and London and offices in those cities. He had a global vision of commerce, but he also had a vegetable garden in Millau that he loved! It was vital to him. He called on a friend of his who was a geography teacher at the university of Bordeaux, called Henry Enjalbert and who also came from the Aveyron.

He came to the estate for a day to study the soil and at the end of it, told my parents he was very surprised by his findings. He said that in his opinion, it was a terroir with great potential and if they planted the right grape varieties and worked the soil, they could make great wine. “Great wine” was all my parents heard and with that, they went for it. Very quickly, in 1972, they planted vines. The example set by the estate and its consequent reputation really opened up the way for other winemakers and gave them the confidence to prove that it was absolutely possible to make quality wines and not just cheap plonk, even if at one time, that was very profitable”.