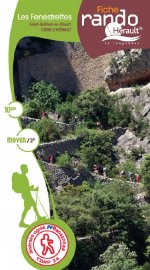 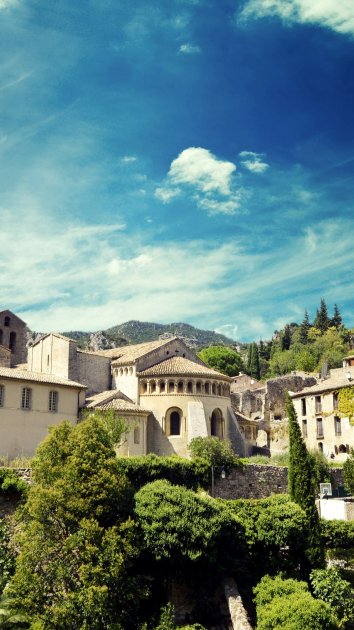 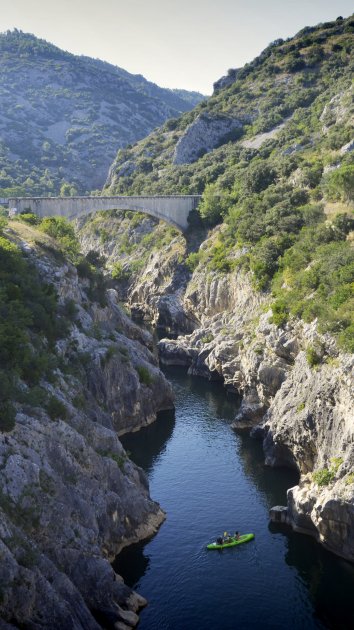 A place of pilgrimage

In the midst of an otherwise wild and arid landscape, William of Orange chose this oasis to withdraw from the rest of the world. In 804, he founded an abbey, which was named after him following his death and became a place of pilgrimage and an essential stop on the Saint-Jacques-de-Compostelle way. Named as one of the most beautiful villages in France, Saint-Guilhem-le-Désert still retains its medieval charm.

The road leading to this exceptional and magnificent village, passes by the “Pont du Diable”, where you can swim, and follows the steep gorge of the Hérault river. If you want to see it from the water, you can take a canoe trip down it. Or visit the Grotte de Clamouse, a huge cave with amazing stalagmites and stalactites.

The Abbaye de Gellone and the Pont du Diable have been labeled as UNESCO World Heritage sites, by way of the Saint Jacques pilgrimage routes. Saint-Guilhem-le-Désert also comes under the “Causses and Cevennes” label recently granted by UNESCO.

Organize your trip to the hÉrault valley

Hiking in the Hérault Valley