“L’indication Géographique Protégée” is not just a quality label which replaces the term “Vin de Pays”, but denotes attachment to a territory.

The IGPs are divided up based on the key points that characterize them: heritage sites, natural spaces and human history.

A wine-producing region recognized for its quality

The Coeur d’Hérault stands out due to its appellations, some of which have existed for 30 years, and which are committed to excellence.

86% of wines produced are either IGP or AOP – both recognized labels of quality.

AOC/AOP Languedoc is the result of a modification to the Coteaux du Languedoc decree of 30th April 2007, which extended the production area of the appellations of the Languedoc Roussillon area.

The AOP Languedoc is a vast area overlooking the Mediterranean, which extends from the Spanish border up to the outskirts of Nîmes. It offers a vast variety of different soil types and includes 36 appellations and denominations, each one having its own specificity but which are all based on the AOC/AOP Languedoc label. 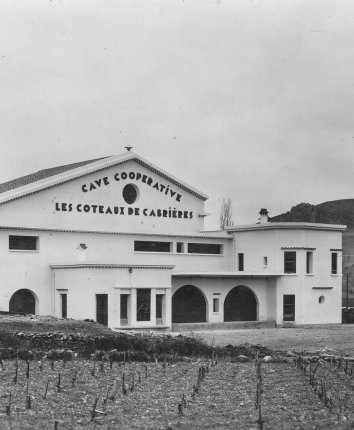 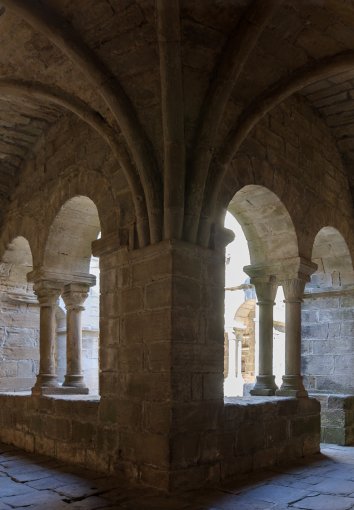 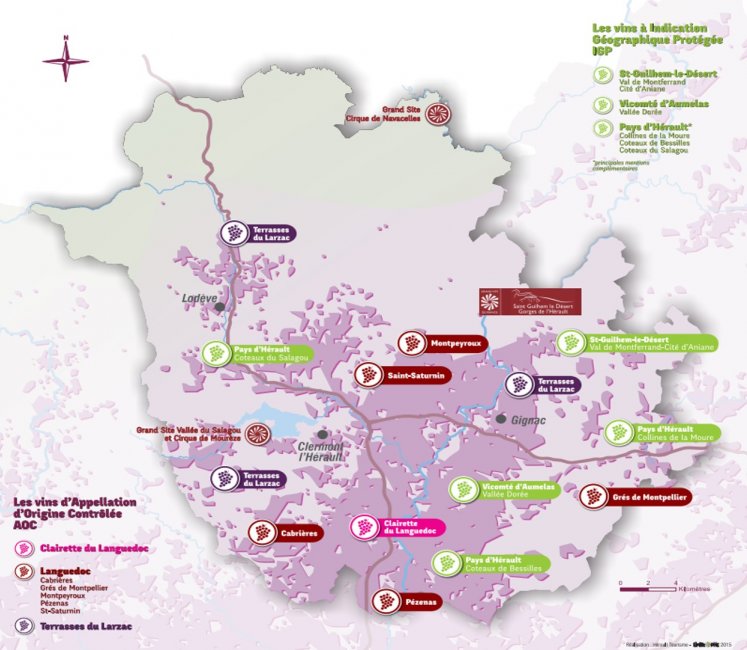 The history of winegrowing

Since ancient times, winegrowing has been part of the Coeur d’Hérault’s history.

Although sometimes wrongly lumped together with the intensive winegrowing practices rampant in the Languedoc of the 19th and 20th centuries, this area has always resisted and offered high quality wines. As in the rest of the Languedoc, it all started with the Romans, who passed down their knowledge more than two thousand years ago.

However, as in Burgundy, it was in the Middle Ages that winegrowing became more qualitative, initiated by the abbeys. For it was the monks who did detailed research into which plots of land were best suited for vines. Throughout this medieval period, they structured the territory, leading to a huge rise in winegrowing in the center of the department. From the 16th century onwards, cereal crops became less profitable than vines, which led to vine planting being pushed gradually towards the plains.

But the Coeur d’Hérault resisted, taking advantage of its strategic commercial position between the Masif Central and the Mediterranean.

The end of the golden era

The beginning of the 19th century saw the end of the golden era for winegrowing in the Coeur d’Hérault. The Languedoc’s economy turned for a while towards intensive production. As the plains were more fertile, they were developed quickly, to the detriment of the slopes and terraces whose yield was lower. It was not until the 50’s, when the notion of High Quality Wines (Vins de Qualité Supérieur, or VDQS) was introduced, that the center of the department came to the fore again. Recognizing the potential of their territory, the wine cooperatives of the Coeur d’Hérault, notably Montpeyroux, Saint-Saturnin and Cabrières prepared themselves to meet the rising demand for quality wines.

A process based on quality

From the end of 1970’s onwards, the rise in quality wine production intensified with the emergence of wineries that were aiming for excellence. Aimé Guibert, who owned Mas de Daumas Gassac, was one of the first to start the trend. Described as the “Château Lafite” of the Languedoc in 1982 by the Gault and Millau guide, this winery was soon followed by others such as Mas Jullien and the Grange des Pères. Since the year 2000, a real collective effort has been made in the Coeur d’Hérault, based on quality. Numerous winemakers originally from the area, have completely rethought their way of winemaking and many others have arrived from elsewhere, attracted by the quest for excellence. All the elements for making exceptional wines have come together in the Coeur d’Hérault: a strong identity, ancient history and exceptional terroir.